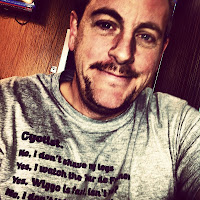 Been wanting to re-visit Amaan's Grill House for a good while now, and especially for a Breakfast.  We've tried on the odd occasion mid week, but it's always been shut in the morning.  Closer inspection of the opening hours, however, revealed Amaan's is only really open at Breakfast time at the weekend. DOH!

I understand the guy's who opened Amaan's were once employees of Lumb Lane's Sweet Centre and as such provided a mean Brekkie.  This really needed sampling.

Isabella - my long suffering daughter - and I rocked up to Amaan's at about 11:30am, so was more 'Brunch' time than anything else.  This was good as Izzy could have a bowl of chips without me feeling too guilty, and we'd tell Mother it was lunch! 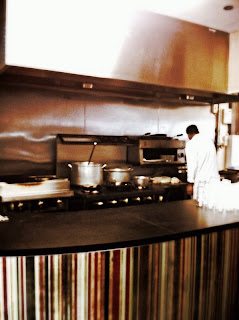 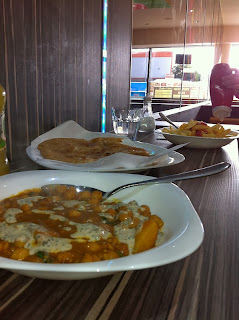 So chips - again - for Izzy!  I had Chana Aloo, a Partha (no puri's at Amaan's) and a Desi Tea.  We perched on a little bar to the back of the restaurant on high swivel chairs (Izzy's fave) and watched Chef set to in the open kitchen.  It was encouraging to see our paratha being rolled out from fresh dough, and the chana being made from scratch right in front of our eyes.

The Breakfast was very good.  The plentiful bowl of steaming chickpeas and potato was tasty and a little fiery.  The sauce possessed just enough substance to hold the main ingredients in suspension and clingy enough to adhere to chunks of Paratha passed its way.   The Chana was a tad salty if I was to be very critical!  The Paratha was of the plain variety, and was crispy and flakey, and had that comforting fried bread taste.  It worked very well with the very tasty chana and help calm the onslaught of the taste buds.  I didn't miss the lack of puri's at all - as I thought I would - and the paratha was perfect.  I was pelased with my first try of Desi Tea too.  Sweet, milky and slightly spiced tea was more akin to traditional English Tea than the pink Kashmiri Tea I have tried else where.  Went well with the Brakfast solids. 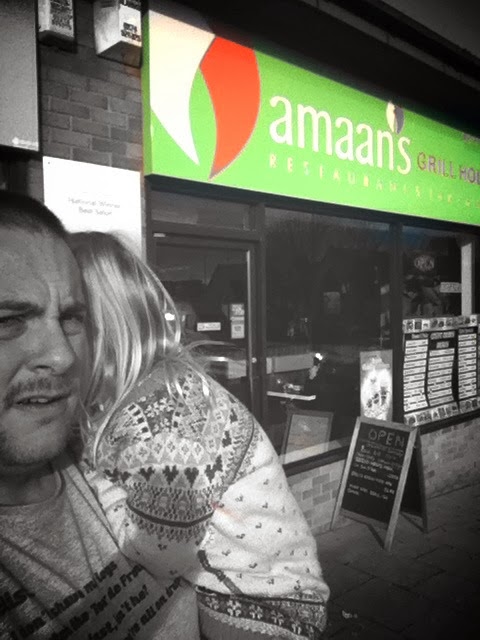 All round excellent.  We are talking £2 for the Chana and £1.50 for the Partha!  These are the unsubstantial sums of money we are taking here.  Worth every single penny.
Posted by Unknown at 15:37