Akmal's - located on the edge of Woodhouse Moor in the heart of Studentville, Leeds - is, I understand, affectionately known locally as 'The Toilet', due to the buildings former usage.  Yes, that's right, Akmal's resides in the Parks former public conveniences.  Now, however, there is no evidence of this lavatorial history, the the Bistro is pretty swish inside with exposed brick walls, parquet flooring and dark wood tables. We visited on a hot summers evening, and I found the restaurant to be bright and airy, and it had large windows looking out over the park - quite picturesque really.

Homework prior to our visit revealed no websites and not much info at all really, only the rather unkempt Facebook page listed above.  The usual TripAdvisor reviews were promising, and a good Blog I discovered... talked of a Chocolate Curry.  That's right - CHOCOLATE CURRY!  This would definitely be on the hit list.


Our large 'work night out' party of about 15 punters, were first in Akmal's, but soon, more people arrived, and Akmal's eventually generated a decent relaxed and free and easy feeling atmosphere.  Popadoms and pickles were immediately presented at the table as we sat, along with the menus.  Drinks order soon followed.

As I say, we were a large party, so service wasn't lightening quick - and we weren't expecting it to be.  But the service we received, I presume from Mr Akmal, was very friendly and efficient, and we were made to feel right at home.

The Mixed Sizzling Kebab with Onion Bhaji on the side was the starters ordered to share at our end of the table. The Mixed Kebab did indeed arrive sizzling away on freshly cut onions, on a sizzling skillet, and looked promising.  However, the Seekh seemed rewarmed and stale - a bit thin n dry. Shami ok. However, the chicken tikka was top draw. Fresh n tasty.  So a bit of a mixed bag to start.

So... Chocolate Delight (as the chocolate curry is referred to on the menu) - 'a dish for the chic and trendy...' apparently - in medium.  Mild or medium are mentioned in the blurb in the menu, but Mr Akmal assured me I could have it as hot as I liked!  Having recently fallen foul of bravado, I steered cautiously and stuck with medium - I certainly didn't want a overly creamy korma style experience that was for sure... but I didn't want my face burning off either!  The eagerly anticipated Chocolate Delight arrived.  Very brown - as you might expect - and gloopy looking!  A definite chocolaty aroma filled the air, married to the more common spicy smells associated with a curry.  Really strange in a good way - very rich.  I found the chocolate not overwhelming, but added depth, richness and some sweetness. The subtle chocolate flavors arrived on the back of the palate.  Although quite sweet overall, I found the dish to have enough of a savory bite to compensate, so did not become sickly. My medium spiced version had a slight  after heat but was by no means hot. I could've upped the heat easily, and think next time I will.  I was too busy concentrating on the Chocolate Delight to even notice my naan.  I presume it must have been fine and traversed my gullet without note.  I don't recall any garlic/chocolate clashes.

Akmal's is licensed - Kingfisher and Carling were the lagers on offer I believe - but it is also possible to BYO, which is nice.  I went for the Kingfisher - well several to be honest!  The beer did seem a bit flat - may be poured from bottles - I wasn't sure.  Tasted alright though so was fine. 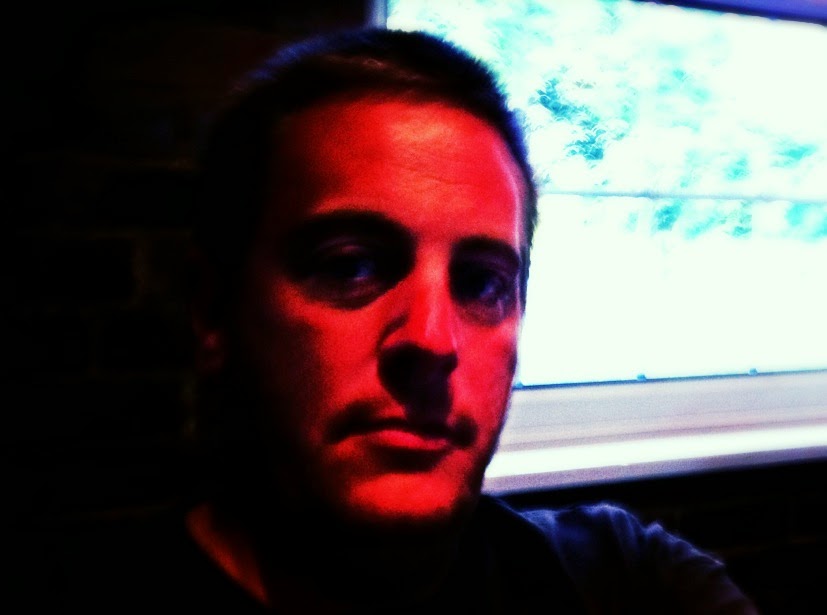 The Chocolate Delight it has to be.  Not my usual style of curry but was brilliant for a change and for the novelty value.  Not that the Chocolate Delight was gimmick in any way I trust you understand.  The venue, despite it Public Convenience history, was a pleasant enough place to spend some time dining, and the staff were friendly too.

The general mixed bag of the Mixed Grill starter.  Some good bits and some not so good.  Shame but just too average for me.

It wasn't all that cheap!  The Chocolate Delight was the best part of £10 alone!  Although I do think it was the most - or one of the most  - expensive dishes on the menu.  With being a work night out of 15 or so diners I didn't see the overall bill.  However, the £10/Chocolate Delight did raise an eyebrow with me.  Pretty tight me though!

Feeling stuffed to the gills we retired to a nearby hostelry,  and tried to fend off the immediate urge to nap, and set to salvaging our night out.  The curry eventually settled, leaving room for a few pints as we wandered towards Leeds City Center... thoughts of our next curry already entering our brains!

Overall it's a thumbs up from me.  Although I did enjoy my Akmal's experience very much, it did fall a little short in some areas for me but, then again, Akmal's was very good in others.