Errrr?  Ummm?  A town on the outskirts of Leeds, actually probably considered more of a suburb these days... and is famous for... errr... its Town Hall for one... 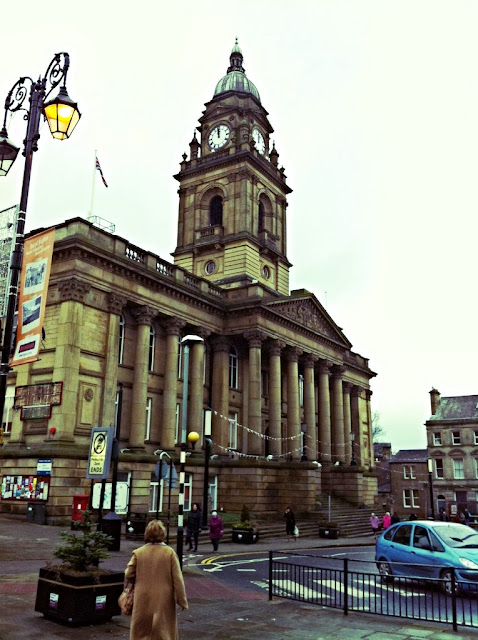 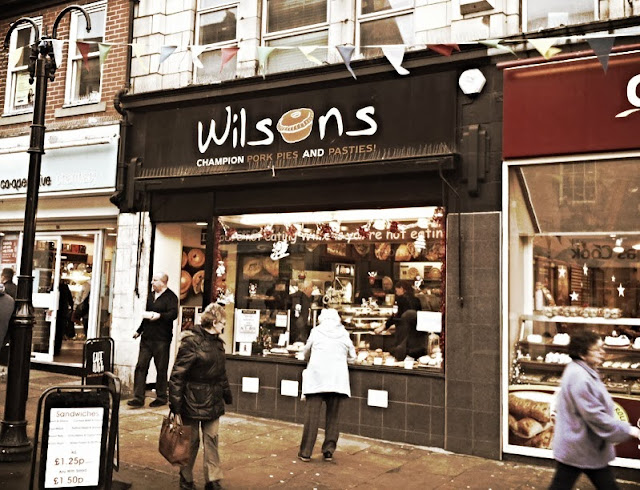 And then there's Ernie Wise... 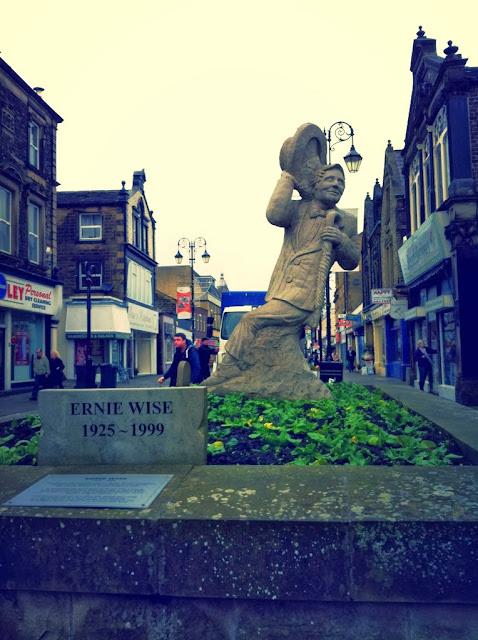 And now hopefully soon - well in my eye's any road - Curried Goat with Rice and Peas, courtesy of FiFi's Caribbean Delights.  (A full Caribbean menu is available) 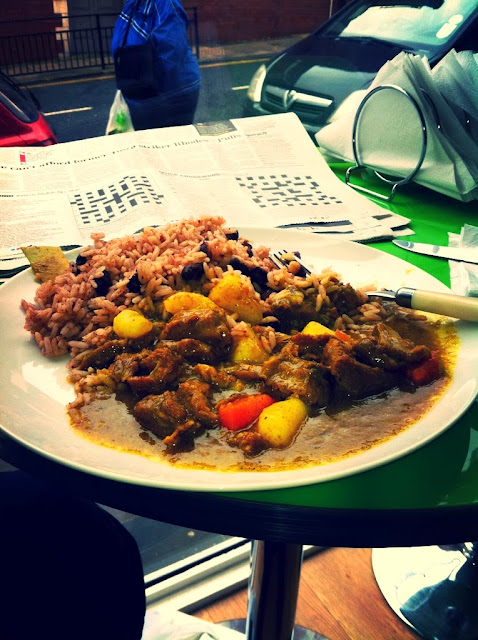 The Curry Goat was scooped from one of a range of massive pans adorning the ranges of the open kitchen behind the counter.  The lady was working hard and had a mass of food prep on the go.  No reason to think my dish was anything other than fresh. The Curry Goat did as Curry Goat does - it was fairly mild, but rich and full tasting with the slightly fatty meat and coconut milk. Some bones but not many were present. The inclusion of chunky potato and carrot was a nice touch and added dimension.  This was a good Curry Goat.

I heard the pin of a microwave - which I assumed was the Rice and Peas - but they tasted good too.  Rice smooth tasting and well seasoned. Fresh and moist also. Good. 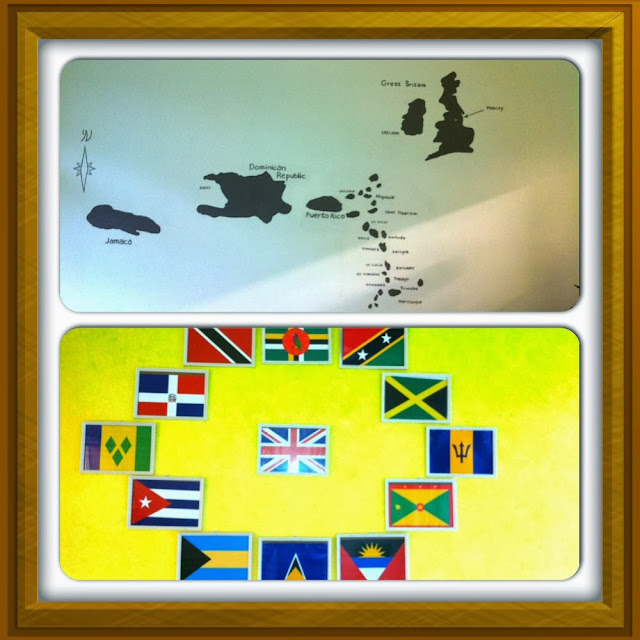 FiFi's itself was pleasant enough.  A few green plastic tables and chairs filled the edges of the space.  Not really a cafe cafe as such, but my food was served on a plate with cutlery etc - but did need a nudge to the proprietor who initially went to put my Curry Goat in a polystyrene container.  Nice decor too with good pictures of the Caribbean Islands and flags.

It's good to know these place are about, where you can get a decent, quick and cheap fill of some tasty fodder and I will go back when in the vicinity.

*Very good they are too
Posted by Unknown at 16:11