I've been a bit slack recently with my Blogging, and I was looking forward to the World Curry Festival 2014 for a bit of inspiration and something to get my teeth into.

However, it pains me to say that this year it just didn't seem to cut the mustard with me!  All the stalls seem to be pedaling the same old kebabs (various) on naan - and there was just no variety.  Having said that there was a West Indian joint doing the classic Curry Goat, Jerk Chickens etc, and another stall knocking out sort of North African/Lebanese cuisine.  The later exhibited the largest queue on site, so guessing most punters had discovered the same lack of variety I had! 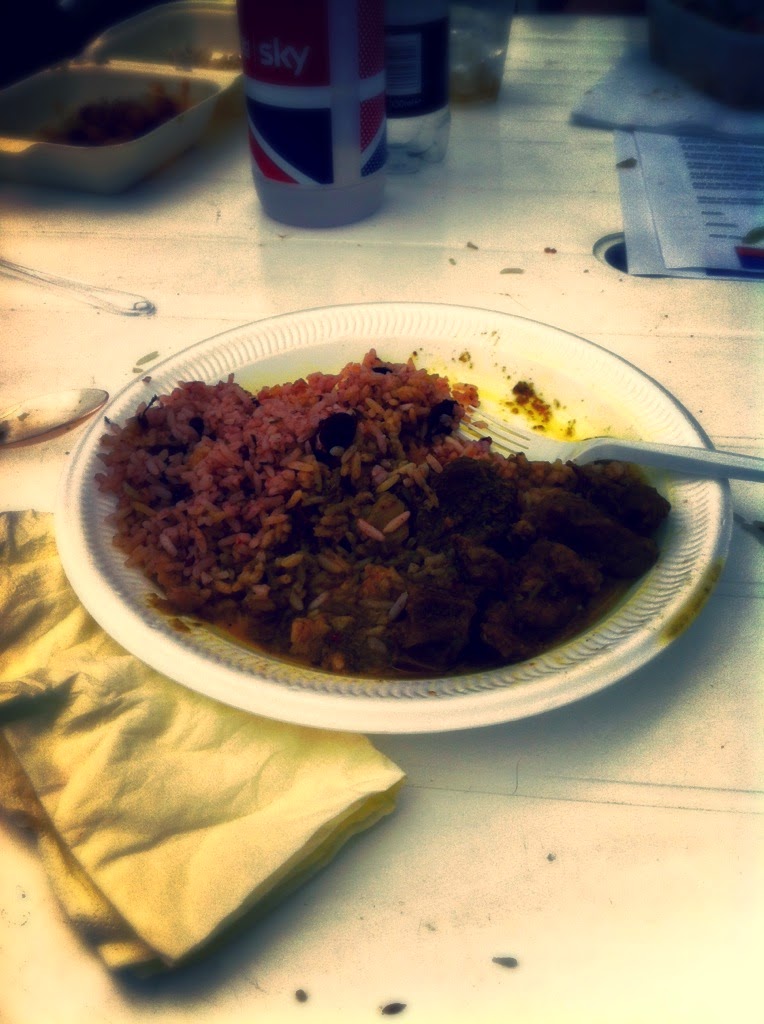 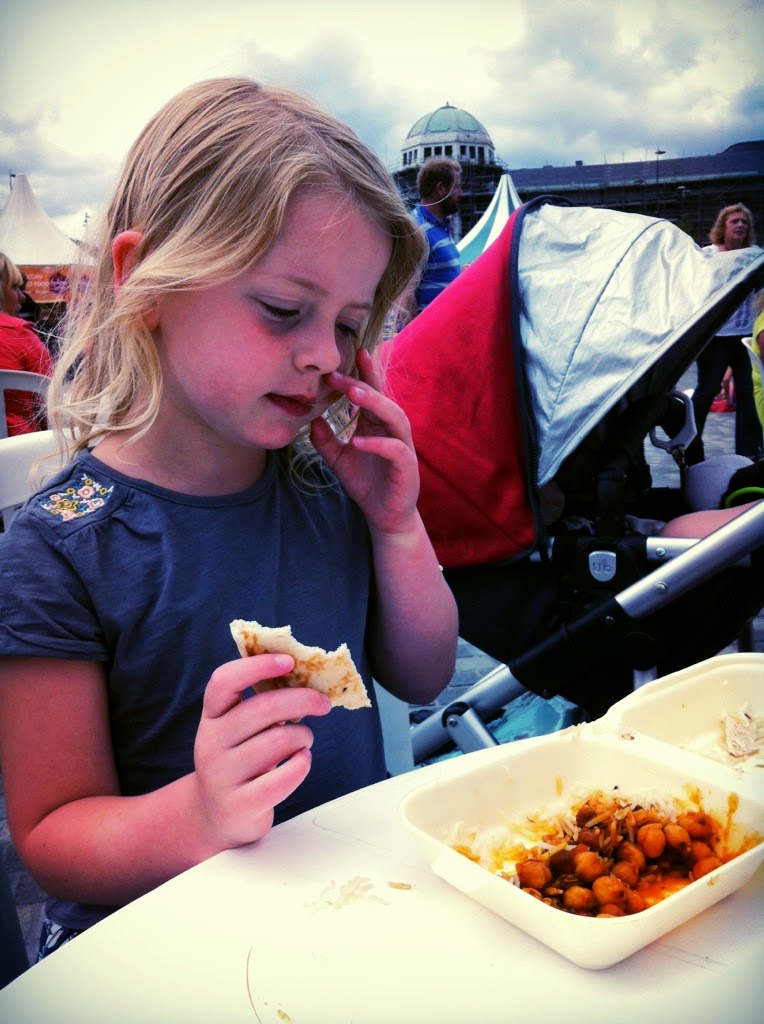 After wondering up and down a couple of times I did initially err towards a stall doing the kebabs (the reputable Zaara's I think) but, ear wigging into the conversation the bloke ahead of me was having with the proprietor, regarding the number of stalls putting out kebabs on naans, and then seeing the vendor produce a tortilla wrap in which to place the kebabs, I left the queue.  The North African/Lebanese stall still had a massive queue, so I headed towards the West Indian stall. 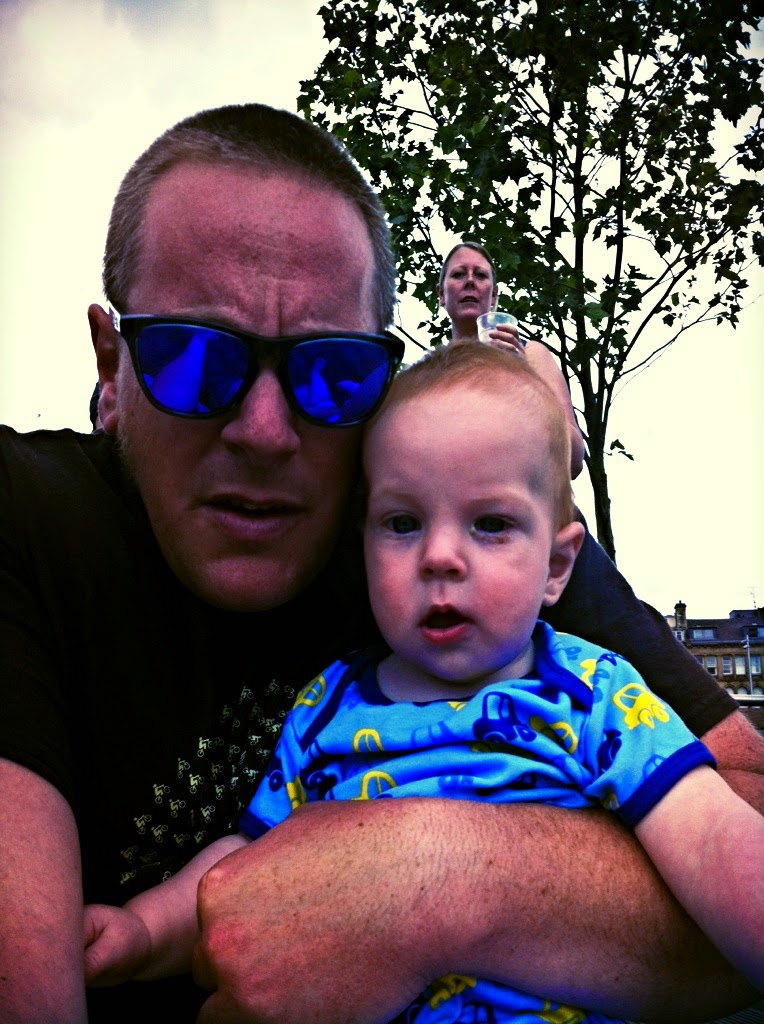 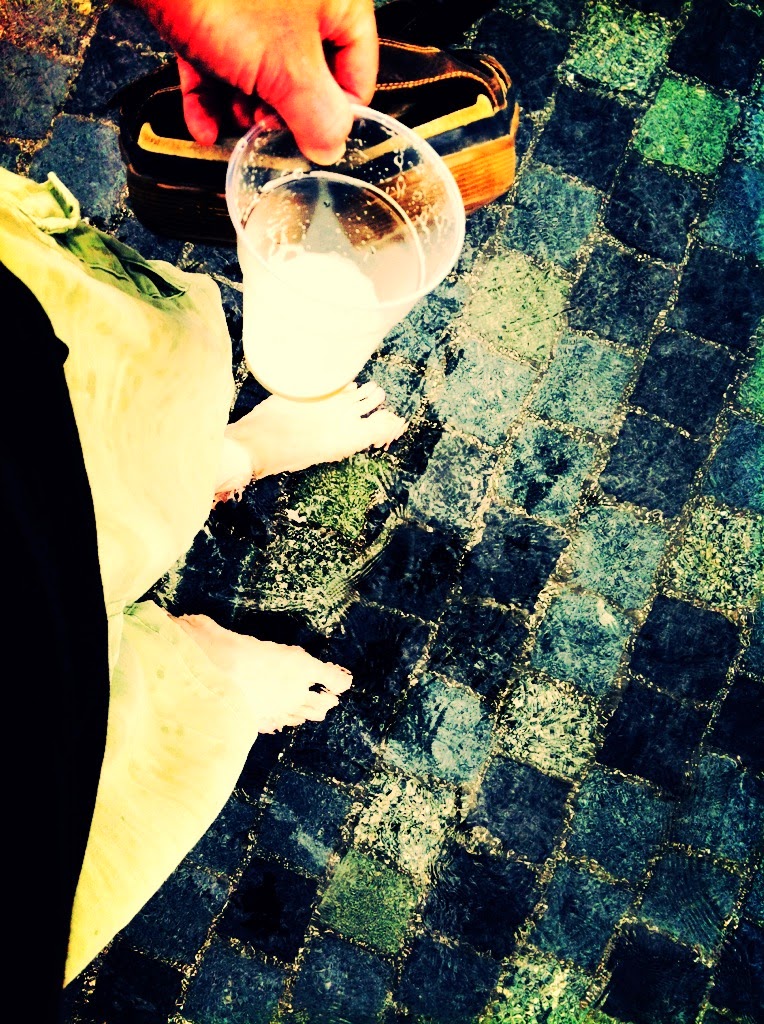 Nice people producing nice smells and good looking fodder was up my street, and Curry Goat was ordered... with rice and peas of course.  The dish was smashing and had an excellent amount of heat added to the classic coconut based curry and with a good quantity of goat.  The rice and peas were fresh and smooth tasting.  All round good stuff.

Others than that I'm afraid to say the day was all about splashing around in the City Park fountains.  These are great and lots of fun for kids... and grown ups.  Who needs the seaside.
Posted by Unknown at 12:42