The Prince of India - Peebles

I'll set the scene - A weekend mountain biking in the Scottish Boarders, and two very hungry Bradford Curry loving Brothers stumble into Peebles looking for a few cheeky pints and a curry.  The pints came without problem, but soon the rumbling tummies could no longer be quashed with Guinness, and the inevitable curry time beckoned. 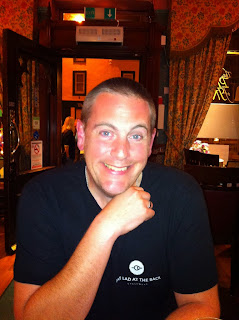 Having been to Peebles cycling before I was aware of the end of the High Street sited Prince of India, and had indeed dined there previously.  I remember being pleased with my meal, and was the obvious place to head on this evening too. To be honest I'm not sure Peebles even has another sit down curry restaurant? We weren't prepared to look!

We entered a modestly sized but bustling restaurant - I think we were lucky to get a table.  However, it was getting late, and the punters soon thinned.  Immediately, BOOM... straight facing the door, we spotted a framed certificate declaring The Prince of India to be the winner of Restaurant of the Year at the Scottish Curry Awards 2013*.   WOW!  We'd we'd dropped on here - this was going to be interesting...  Two of Bradford's greatest curry eating aficionados pop out in Peebles for a swift curry, and end up in an award winning restaurant! Hmmm...  but how would it compare to Bradford, and more importantly Shimal Spice - Winner of Best in Yorkshire and Best in England too at England's equivalent awards ceremony?


The menu was comprehensive and included many of the familiar dishes we know and love, along with mouthwatering Specials etc.  However, it was the prices that immediately caught the eye, and brought the proverbial tear forth to us short armed/deep pocketed Yorkshire men.  I've noticed in the past that curry in Scotland seems comparatively dear, and  I think the Prince of India is generally in line with this mark up.

But, for example, non-vege starters were just short of £5, most mains just short of £10 (unless you wanted king prawns in which case £15!), chapatis £1.55 (yes £1.55! Each!) and naan about £3.50. Now, I am always going to be biased but, in our beloved Bradford, and more specifically Shimla Spice, used here for comparison only due to recently winning the same Curry Award, starters are ~£3, mains ~£7 (£10 for prawns), chapatis 50p (and remember other places in Bradford chapatis are included) and naan £2.30!

That's a vast difference.  But lets face it, it's all academic really, and essentially nonsense!  Folk of Peebles aren't exactly going to suddenly jump in their cars and drive a special 400 mile round trip just because the curry is a little cheaper in Bradford.  So fair do's, Prince of India is dearer - but it's all relative.  But ultimately how does the food compare to the best in Bradford? 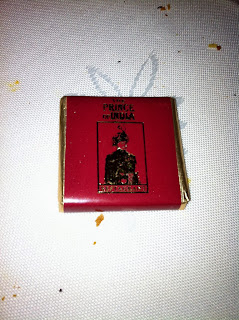 I recall for starters I had Mixed Pakura (chicken, vegetable and cauliflower) and followed it with the North Indian Chilli Garlic Chicken (sounded suitably Bradfordian), and a Garlic Naan.  Ben had Lamb Sheek Kebab and Chicken Rogan Josh, plus Chapatis.

Well, the starters were ok.  I rather enjoyed the cauliflower pakura element of my mixed dish, which was crunchy, well al dente I guess is the preferred culinary term,  and provided the perfect transport to carry the delicate spices in the batter.  Ben's kebabs passed without note I'm afraid.  Mains... the North Indian Chilli Garlic was ok to good.  It was certainly lighter in colour, looser and saucier than a Bradford curry.  It had a sharp spike of heat in what was otherwise a fairly thin tasting sauce.  Strangely, Ben's Rogan Josh was exactly the same - could've come straight out of the same pan!  Hhhhmmmm??


Prince of India probably thought they had a couple of slightly tipsy mountain bikers here and they wouldn't notice if served the same dish!  Saves dirtying two pans I suppose.  So an otherwise satisfactory meal was a little marred a little by an apparent laziness.  But who knows? Perhaps the North Indian Chilli Garlic and the Rogan Josh were just too alike - but at the same time slightly different - and we simply missed subtle differences?

Overall though it was an decent enough dining experience - but not Bradford... obviously - and next time I am in Peebles I will be back in the Prince of India like a shot.

*This was diluted somewhat when reading more closely, because the award is regional  Prince of India was winner of the southeastern region.  No matter, it is a prestigious award non the less.