Dhesi Grill is a really great cafe bar up Lilycroft Road, just above Lister's Mill there - ya' know... the massive chimney dominating the Bradford skyline.  Worth a gander in itself Lister's Mill if not seen before.

Anyway, Dhesi Grill represent the 'new breed' cafe bar and specialises in grills mainly, but with curries too. There are also a whole host of steaks, burgers, wraps, and stir fries even. Beverages include teas, coffees, lassi, shakes... no beer, and there are also deserts and cakes! Basically, anything anyone could ever desire, there is probably a option to cater.


A massive open kitchen is off to one side as you enter, and crammed full of marinating meat, and I also spotted what looked like whole Sea Bass and maybe Bream??  Already to get slapped onto the BBQ behind the counter.

So we have a bustling cafe bar, all cream leatherette and dark wood, serving a varied menu.  All good.


The little boy - Thomas - was asleep, and I gently carried him into the restaurant in his car seat, and plonked him down on a bench seat in a corner next to me.  The waiter initially wanted us to sit in the window at a two seater table, and between two other tables of diners!  But once I drew his attention to my predicament of sleeping baby, in car seat, etc, he offered us the slightly bigger table with said bench.  I noticed a stack of high chairs in the corner, but we didn't use one on this occasion. 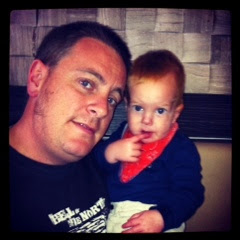 I was asked if I wanted bread, rice, chips, etc with the grill, so I suppose no bread included keep your options open.  Naan for me (£1.80)

I went simply for the jug of water.

Anyway, the peace was soon disrupted when Thomas awoke with a start!  Soon settled though - and without too much disturbance to my fellow diners I don't think - and just in time for the fodder to arrive too.  All the meats were marinated and grilled to perfection.  Both the Chicken Boti and Shashlik were excellent, and provided good flavoursome eating with the latter I think providing a little more spicy heat. The Shahslik also provided the grilled and slightly charred vegetables including peppers and onions.  The Lamb Boti was incredibly tender to the point of me almost thinking it was some sort of Kofta Kebab or something! Really soft.  But also possessing good strong flavours for the marinade and grilling cooking process.  Finishing off with the Seekh - it was a good and solid version with no complaints, and the same went for the naan also.  Freshly tandored, with the fluffy and crispy bits in all the right places.

All in all a good solid meal.  I had no complaints and thoroughly enjoyed my grill.  It was good to have something a little different too.  Having said that, I will be returning soon to sample a full blown curry and from what I've seen so far It's going to be good.