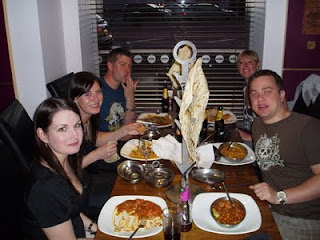 So Saffron Desi has been and gone, and I have to be honest, and say, that I was a little indifferent to it.

Yes yes yes it ticked all the boxes for it to be an uber cool and trendy modern Bradford curry restaurant. It had the grand entrance, big glass windows, stainless steel, wood, tiled floor, etc, but it just didn’t seem to have the character of other places we have visited. It was curry restaurant by numbers.

The food was very nice, and was exactly the same as our local Saffron in Guiseley or Rohan in Ilkley, to the point where I tended to think there may be some association??? No mention on the web sites though??
Following poppadoms and pickles, a number of the group shared the mixed grill, which was very tasty, and large – a little too large - and included fish – a nice addition – but was difficult to enthuse about simply because it seemed so familiar. 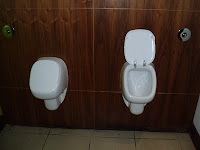 For my main I picked the ‘chef’s special’ Saffron Delight – which was delightful in name only. It was a kind of rich, creamy, smingy sauce with chicken, and had cashew nuts and fried onions sprinkled on top. I think this was an award winning dish, and had earned its own special highlighted box on the menu!!! Not for me – very disappointed. That is not to say all the mains were poor though. The Achari lamb was really good – with a large bit of lamb on the bone in an excellent sauce. 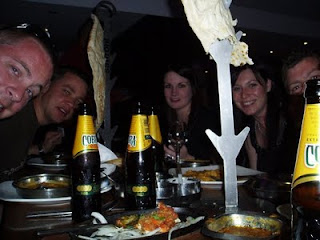