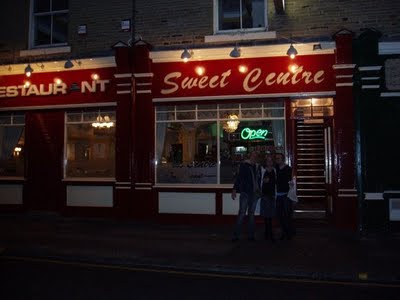 Well, the June meeting of BCC went without hitch. We met in the New Beehive, at around about 21:00. The ‘Hive seemed less ‘brothel like’ on this warm early summer evening, much to Robs disgust!

Lumb Lane seemed much more inviting in June than it did in January when we visited K2. The Barracks Pub, close the Sweet Centre, was having a West Indian Night, and 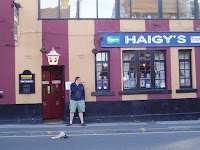 Reggae and Dub sounds permeated Lumb Lane. Seeing the disused Lumb Lane Mills, opposite the Sweet Centre, and can be seen from the restaurant with its grand iron gates and associated grass growing between the cobbles was quite moving and was a reminder of days gone by, when this area would have been the centre of the ‘industrial north’

Anyway, onto the grub..... The usual board of fare was on offer, with a few ‘chefs specials’ too.

Again, poppadoms were not brought straight to the table to nibble on whilst reading the menu. This is becoming the ‘usual’ for the trad curry houses we visit, and they are no longer marked – by me at least – for this practice.

However, poppadoms were ordered, and promptly arrived just before the starters – nothing unusual to report there really. For the starters proper I shared a mixed starter with Lynda – and found it rather average - except for the fish. If I'd just ordered the fish then it would have got close to top marks – a hint there for the future. The kebab and baji were not too bad, but the samosa - although had good filling - had dodgy pastry, and the chicken wing pakoras where covered in a very thick stodgy batter. A bit stodgy, and not very enjoyable. 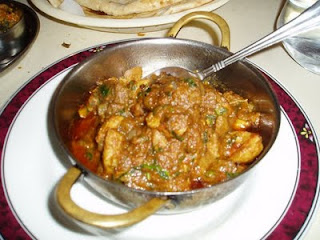 My main of Mixed Balti was good enough to rival any of the mains I have sampled on my travels. I liked the mix on lamb and chicken - the lamb was meaty without being chewy and the chicken was decent too - no cheap cuts here. This was paired with my favourite garlic naan- OK 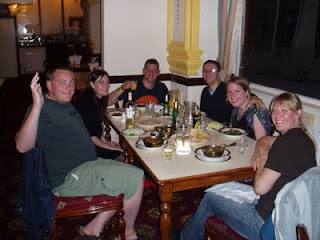 The restaurant was the, now usual, 'fallen from grace' type of decor - probably last given a lick of paint in the 80's. Clean enough and good value for money though.

Generally a pretty good evening was had and a pattern is developing of "BYO = better night out". The Sweet Centre certainly lived up to that.
Posted by Unknown at 19:29